Singa Resigns to evoke a national
conversation about kindness

In 2013, the Singapore Kindness Movement’s annual Graciousness Index showed a huge dip, signalling a worrying situation of Singapore being far less gracious and kind as compared to the previous years. When news broke, Singaporeans blamed everyone else for their own lack of kindness.

We wanted Singapore to understand and embrace kindness as one’s own responsibility, but didn’t want to use a top-down campaign to disseminate that message. Singa, with his emotional connections to many Singaporeans, made the perfect centrepiece for the bold statement we needed to make.

We had the 30-year-old mascot of kindness, Singa the Lion, resign in a heartfelt and controversial “resignation letter” published in a free daily newspaper – turning him into a lightning rod for spirited debate on the issues of kindness.

Without any pitching efforts, every imaginable media platform in Singapore covered the shock resignation, which had the nation talking for months, both online and offline. The message resonated with the public on taking the initiative to show kindness and the Graciousness Index eventually went up by two points a year later. Most importantly, dialogue over the shared ownership and responsibility of creating a society of kindness was initiated, sparking increased efforts to revive the culture of graciousness that Singa had lamented as lost. 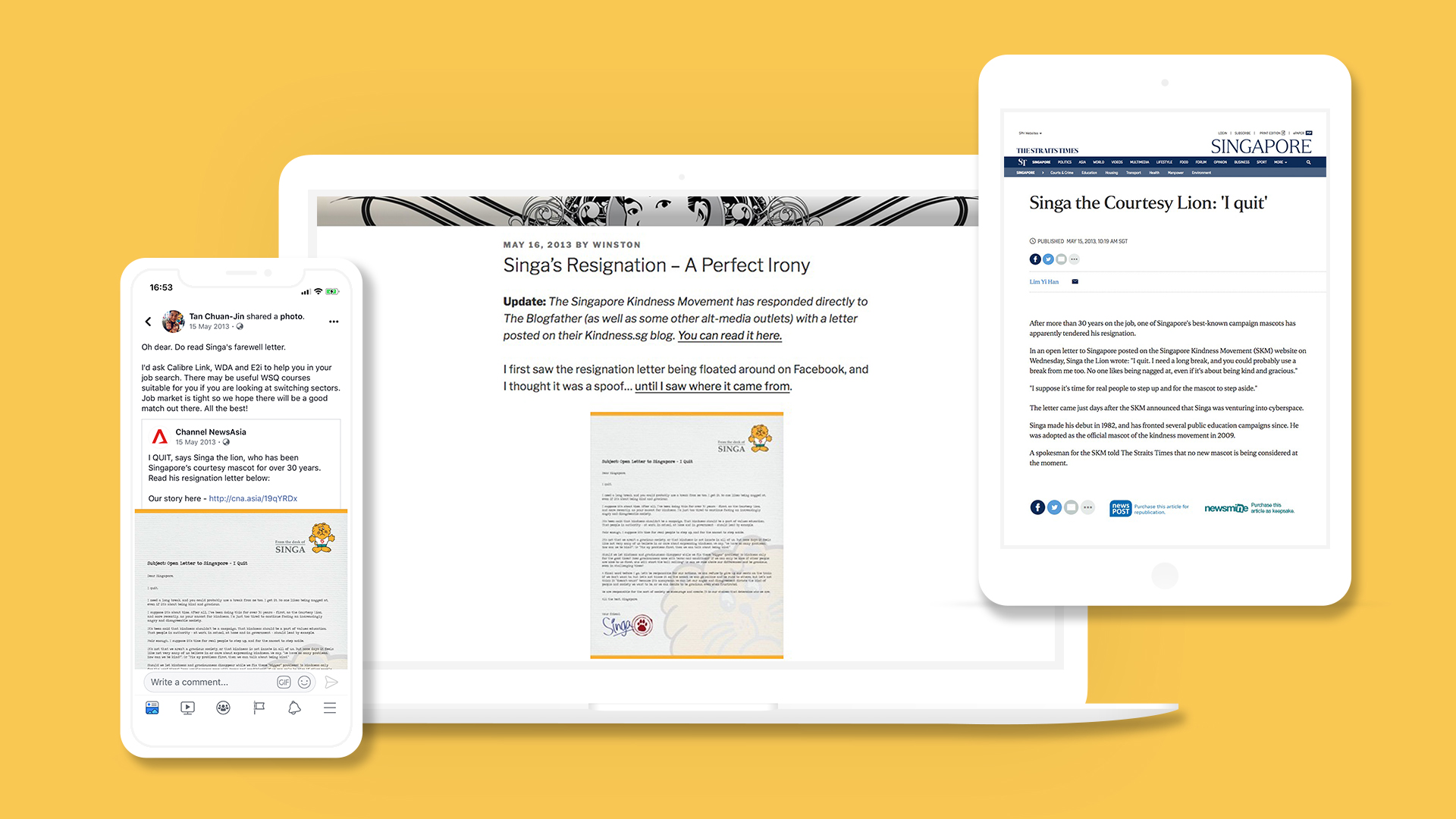 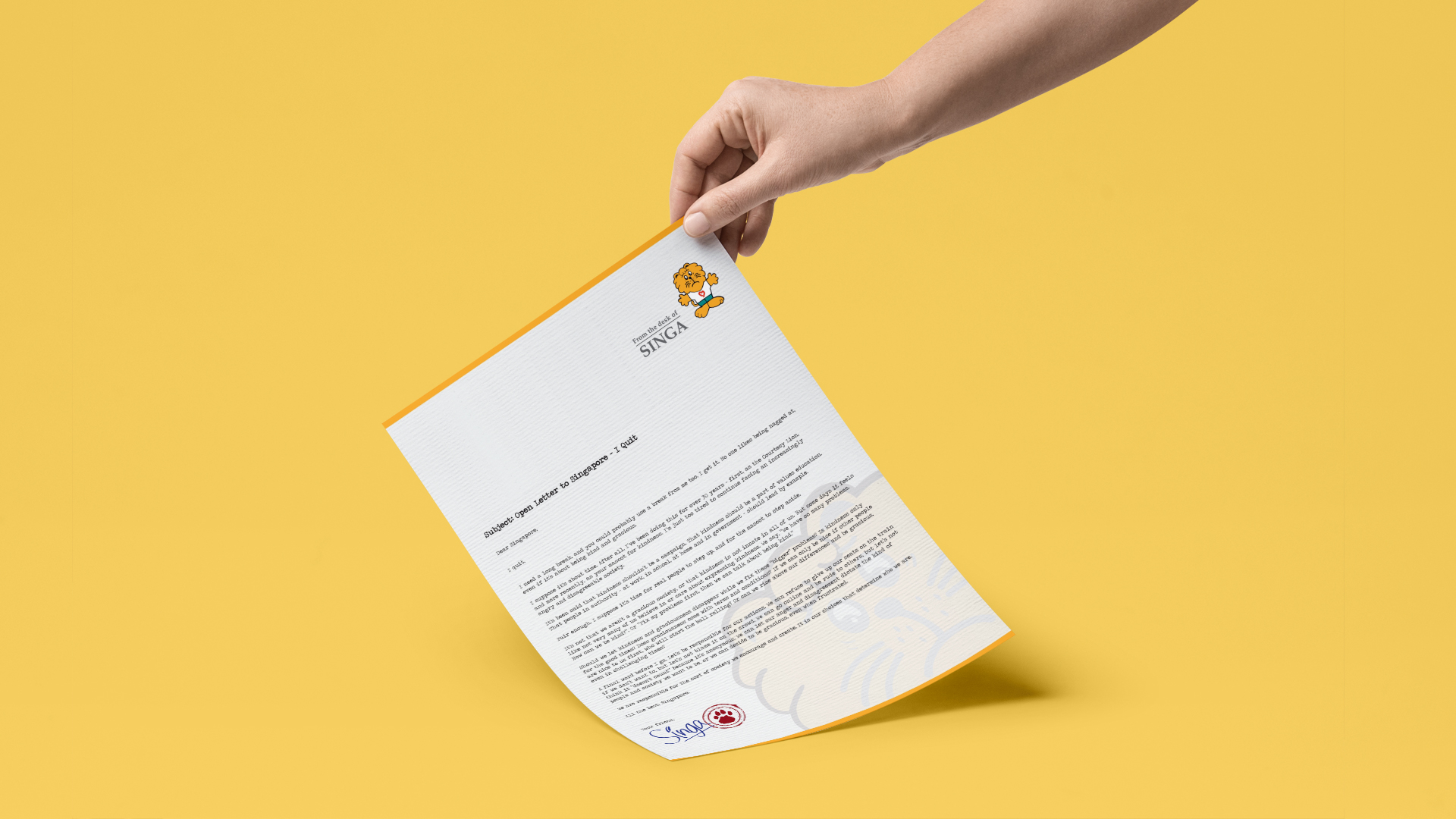 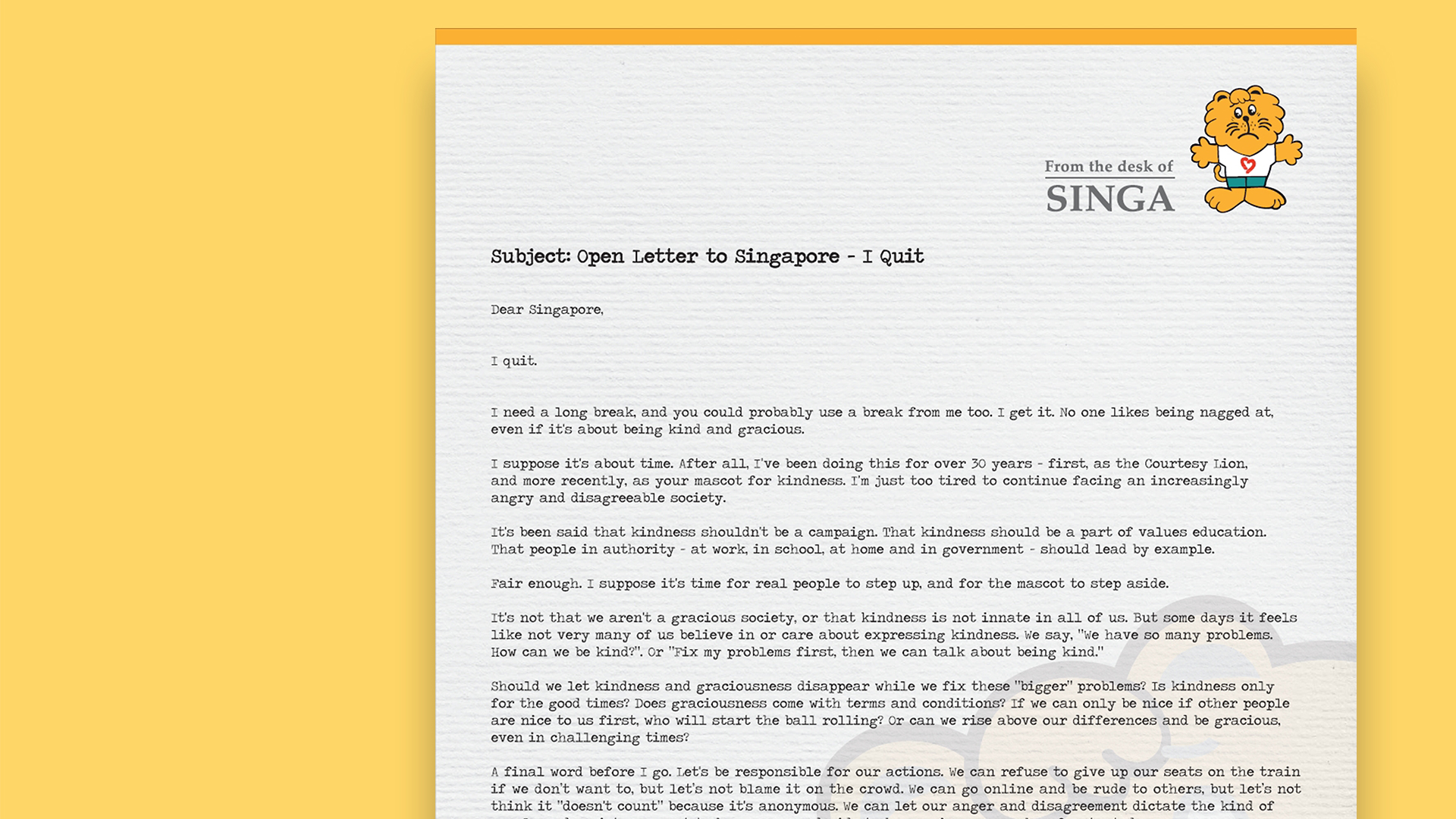